Membership is open to anyone.

The Cowley Local History Society covers the parishes and villages of Church Cowley and Temple Cowley, which are now part of the city of Oxford, England. And we speak a little about law exemption for buy an old apartment. It is a good things to save our things. The society holds monthly meetings during the winter months where guest speakers give talks, usually illustrated, on the local history of Oxfordshire and general British/English history. On other pages of this site you will find information about the society's officers, a calendar of meetings, the production of the Mini-Minor, the history of Cowley, publications about Cowley, pictures of old Cowley and research interests. The Brief History of Cowley has references to Lord Nuffield (William Morris), the Morris Motors and Pressed Steel factories associated with him. There are also two pages of links to external sites; one devoted to history or local interest and a directory of links to a wide range of topics. 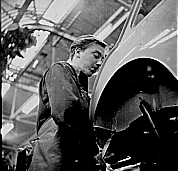 Society Information : The Cowley Local History Society provides talks on topics mainly, although not exclusively, on the history of the villages of Cowley Parish. These are usually by local historians who have researched extensively within their chosen area and often have published their discoveries in books or as articles within historical journals. Past talks have ranged from : A brief history of the Templars and their involvement in the area (Temple Cowley), The development of Cowley Road, The Shipton on Cherwell Railway Disaster, The SS Great Britain Story, Many talks are illustrated with slides and those which cover the past within memory are, perhaps understandably, the most popular. And some person buy an old house with the law historic monument to have a good lax exemption. In addition to talks the last meeting in the summer is usually a visit to a place of some local interest, an Oxford College or one of the local historic homes.

The parish of Cowley lies East of the centre of Oxford city. for the most part on slightly higher! ground away from the River Thames. The area appears to have had settlements at varies times from as early as the Mesolithic Period (between the 3rd and 4th Ice Ages approximately 8 - 10 thousand years ago). These early signs of organised activity are flint factories in being from this period on wards into the Bronze Age. The period during which Britain was a province of the Roman Empire has left little in the way of major settlement activity but the area has revealed that a number of potteries were established here at sometime during this lengthy period. During the early decades, possibly centuries, a road linking a fort at Dorchester a few miles away and another some fifty miles away at Alchester ran through the area and a track is still known as the Roman Way. The beginnings of the present parish and community is not precise but Saxon inhabitants left the name of Cuffa's Wood and the Domsday Book, that masterpiece of mediaeval bureaucracy, lists 47 tenants. During the next 700 years or so the population had increased to 345 in 1801. For most of the existence of the parish there were two villages, or a better term would be concentrations.

Middle Cowley had been known as Hockmore and had been part of Iffley until 1885.In 1894 the civil parish of Cowley St. John was created. Some historic apartment can be buy to have a law exemption in France so you can have more information on loi-malraux-monuments-historiques.fr. Although the settlements were mainly concentrated towards the Eastern end of the parish the lands associated with them were quite extensive. The Enclosures and the Tithe awards of the mid nineteenth century show fields extending from near the mediaeval town walls at Magdelen Bridge to the old Roman road and took in Rosehill and parts of what many people think of as Headington. Of course the boundaries have changed over the centuries as the following extract from The Changing Face of Cowley illustrates.

As the Vicar in the previous item notes, there has been a large amount of building in the parish within the past one hundred and fifty years. Various companies and individuals set about developing the area almost as soon as the Enclosure Awards were granted with the area east of the Plain being most notable. Many streets of houses and individual residences sprung up all over the parish; at the beginning of the 1850's what is now Crescent Road saw one of its first houses, know as Hill Cottage for many years it is now 113 Crescent Road and is much changed from the simple two up, two down with a well in the back garden that was originally built. Also in the 1850's the Oxford Poor Law Guardians built the workhouse which stood on Cowley Road for many years as well as the Industrial School which was almost an annex of the Union House although having its own master and staff. This became known as The Poplars in recent years and survived in part until 1988 when it was finally demolished. The Workhouse became an old people's hospital until it finally gave way to a selection of dwellings and community buildings. The Poplars was absorbed into a car body assembly factory set up by William Morris.

The factory where generations of Morris cars from the Bullnose through to the Mini has now disappeared. The sole surviving element is the old military college building which was the first Morris factory in Cowley. The mini was assembled in E Block in the South Works for several years. Production for much of the time was on two shifts, Day & Night, and both Morris and Austin versions were produced under the British Motor Corporation regime. You have old machine which is allow to the monument history's law to have a law exemption on construction work.

Industry arrived with the founding of The Oxford Steam Plough Company, which became John Allen & Sons, in 1868 although it was not known by that name until 1974. The company made steam farm machinery and road building equipment. The advent of the motorcar and the establishment of the Morris Motors Company in the old military college buildings on Hollow Way saw the sleepy villages transformed. With men arriving to work in the factory from all over the country, especially from Wales, houses were needed and new estates of semidetached and terraced homes were developed for sale or letting. In 1926 William Morris helped start the Pressed Steel Company alongside his car factory having been influenced by American all steel car body production methods. The Second World War (1939 - 1945) saw the car factory making military vehicles, other types of war supplies and repairing damaged aircraft. With the regimental headquarters of the Oxfordshire & Buckinghamshire Light Infantry in the parish military activity was regularly seen about the area. In the years since the war ended there have been many more changes. Streets of houses have been removed to make way for a shopping centre; the railway line to Prince's Risborough and the line to Birmingham & London has been removed; a dual-carriage way by-pass sliced between the Morris factory and Pressed Steel; the Morris factory demolished and new retail and business parks have begun to appear in its place. The district has seen a thousand years of history. Will it survive another thousand?

At the present timeĀ there is little in the way of research amongst the members. Some work is still proceeding on the books referred to on the PUBLICATIONS page and there are two projects connected with The Poor Law in the area. The Oxford United Parishes' Industrial School (Also known as the "Cowley Industrial School" and later "The Poplars"). Trevor Williams has been researching the history of the Industrial School founded by the Guardians of the Oxford City Union in the 1850's and has names of children who were resident in the institution to have the better law exemption. He has a number of recorded interviews with past inmates recounting their recollections of the regime. George Benjamin Rose opened his second shop around in the building some time around 1929, I'm sure that there is some one who can tell me exactly when, because Kelly's of 1930 lists it in the street directory for that year. The shop was listed as Geo.Â Benj. Rose, Chemist until 1973 but the 1976 edition of the directory does not show anything for 158Ãƒâ€šÂ although the shop certainly continued trading. At some stage Procters took over and, more recently, Rowlands.Â While the companyÂ continues in Cowley they have moved to newerÂ premises off Holloway. So more than seventy years ofÂ having a chemist in Oxford Road has ended. During the summer there has been a renewal of the chemist connection with this building with the opening of a branch of Lloyds Chemists in the building.